Flutter vs React Native – Let's see what they are 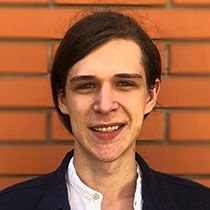 Short overview: in this article we want to compare two big players on the cross-platform developing market. We will look at Flutter and React Native at different angles to see their similarities, differences, advantages and specific sides. We also tried to make this article easy to read by not overloading it with technical language.

Why do we want to compare exactly these frameworks?

Researches show that users spend more time using their mobile phones. That's why mobile application development is growing in popularity year by year. Nowadays, it is quite important to be on time on the market with your product. It results in the search for solutions for faster development. Cross-platform applications are the answer to this market demand. And if we speak about frameworks that help to build such applications, React Native and Flutter come first to mind. So let's look at them closer.

While React is a certainty in the market, Flutter for being new is still struggling to get noticed. According to 2020 survey React Native is a market leader and holds  42% share in popularity among the software developers.

One of the coolest features of Flutter is its reactive paradigm. To deal with problems related to asynchronous data - problems very familiar to JavaScript developers - Flutter inherits reactive programming from Dart. It is very powerful in application development, for example to deal with null references.

Flutter has a “widget” as its cornerstone while React Native uses components. The interesting thing about Flutter widgets is that most of them are already prepared to be used with “material design” concepts. Widgets can also be stateful or stateless like in React.

Getting started with Flutter is relatively easy, since you just have to download it, create an environment and start developing. Of course, it is very possible that you also have to install Android Studio. Flutter also supports IntelliJ Idea and Visual Studio Code.

Generally, Flutter requires more development time than React Native, and thanks to the Hot Reload you will be able to run your application again whenever you make a change.

React Native has as an important feature - the fact that it is validated by Facebook applications, or Airbnb used globally. Its specific components for mobile application development are different from web and React components. Besides, React Native uses a virtual DOM to communicate with the native elements of the User Interface.

Some React Native components are called adaptive, as they can figure out which platform - iOS or Android - they are running on.

It was pretty amazing to be coding for Android and iOS at the same time in a language I'm already familiar and comfortable with.
Anya Kiruhina - React Native Developer

Just like with Flutter, getting started with React Native is pretty easy, and it's also a matter of installing the appropriate package and starting to develop.

In relation to development time, React Native is very efficient and thanks to the ready-to-use components the development process is simple and fast.

Flutter has a useful, organized and very complete documentation. If you enter the official Flutter website you will see how this detail is taken care of. Not only will you be able to find the expected sample code and API references, but Google has also included videos where they teach you how to learn about the toolkit.

The high adoption of React Native - even if there are no videos - is also related to its good documentation, very instructive, but not always well organized. On the official website of React Native it is possible to learn how to use the framework using the React Native CLI and, above all, the Expo cli, a library that provides a wide variety of native APIs based on iOS and Android.

Thanks to Dart, Flutter applications are compiled using native C / C ++ libraries. This allows you to be closer to the machine language and obtain better native performance, as it is closer to the native applications.

React Native ranked better on a performance level than its competitor - Cordova or Ionic because it managed to run its JavaScript in a separate thread, as well as complicating its UI components into their native equivalents. Still, it uses a bridge to communicate and execute actions in the native modules, which makes it a bit slower than Flutter.

Flutter has hit the market later, but it has more than 7,500 forks, more than 65,000 stars on Github, and more than 1,400 packages available in the Dart repository are just a few of the indicators that show that it is engaging the community and growing an interesting rhythm.

React Native has been on the market for much longer. Thanks to the adoption of React, organizations, developers, and vendors have contributed to the development of the tool. In this way, it is natural that you have many more packages available than Flutter with the same goal of improving productivity. Also, as it is a more mature framework, and more stable than Flutter.

What popular apps are made with React Native?

You obviously know at least a few apps from this list but maybe didn't have an idea that they are made with React Native. You can see the main ones in the showcase.

What popular apps are made with Flutter?

Flutter is a relatively young framework. For this reason the list of world-known apps built with Flutter is not so big. However, there is a showcase that can help to know more about the technology.

It is not possible and not correct to say that one framework is better than the other. Different projects require different technological solutions. A business owner should define their product priorities to make the correct decision about the framework. From what was mentioned in the article we see, that it will be easier to find React Naive developers as there are more of them in the market. However, if you want your product to look as native as possible, Flutter will be a better solution.

And if you are not that technically savvy, our team will be happy to get acquainted with the requirements of your future product and give you expert advice which framework will best work for you. Develops Today will help to build a development strategy that best fits time, scope and budget.

Get to know us!

It’s a pleasure to have you on our website. Let us know if there’s an opportunity for us to do something together.

Drop us a message